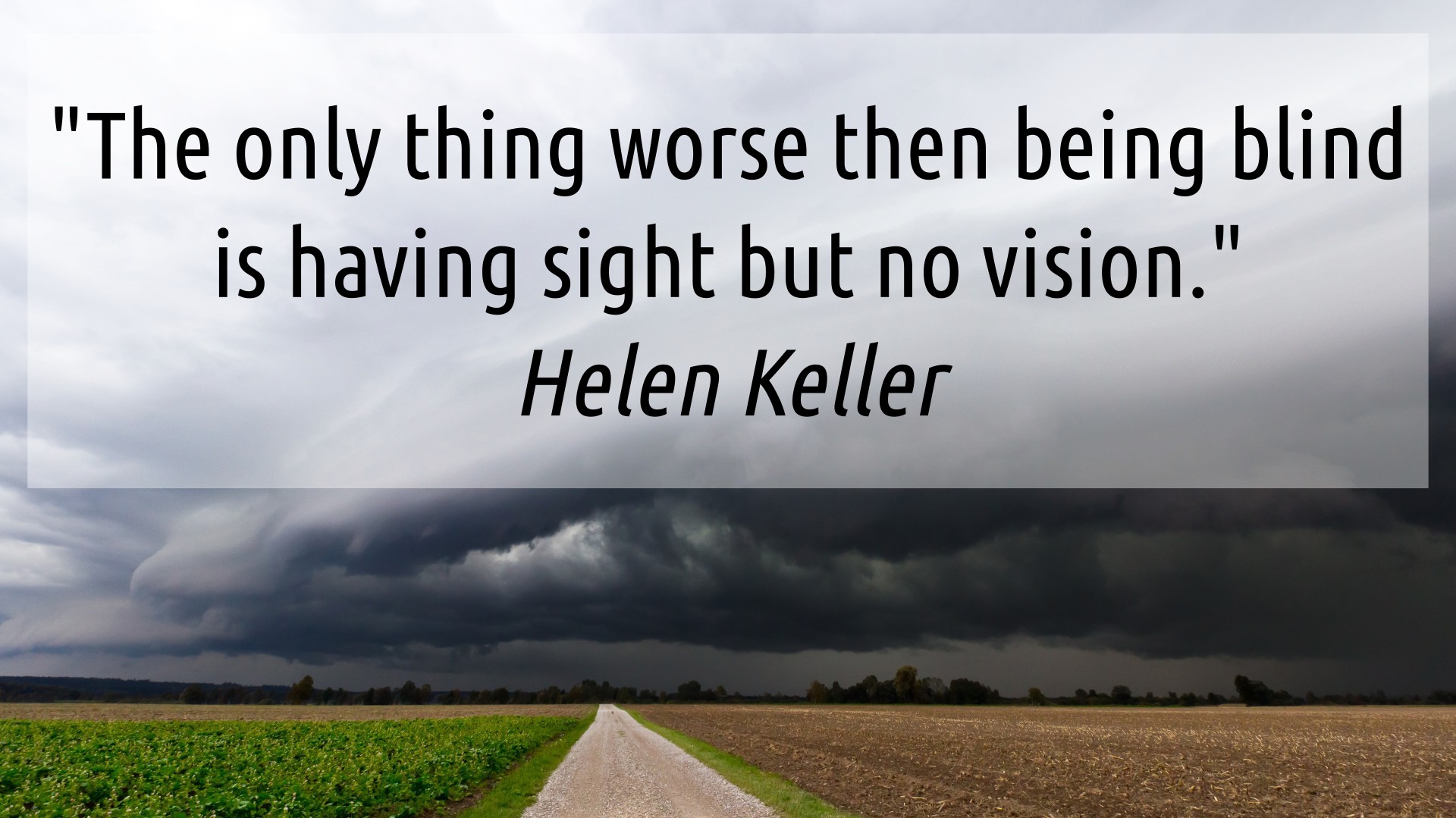 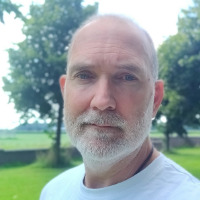 Written by Ruud van Lent Published: 19 February 2020
Category: Community Management
Top BlogHits: 6269Reading time: 03:36
This blog has been shared with you by %s.
This message is brought to you by ochBlog!
×

When I started my career in ICT I was maintaining network servers in a global organization. The server OS was Banyan Vines. It was a technically ingenious product: based on AT&T's UNIX System V it came with StreetTalk. StreetTalk was the first truly practical globally consistent name-service for an entire internetwork. Using a globally distributed, partially replicated database, StreetTalk could meld multiple widely separated networks into a single network that allowed seamless resource-sharing.

Although it was technically perfect, it had a hard time getting market share. The reason was that it had a hard line of devoted technical supporters. People like me who like technical architecture, strong security, efficient maintenance. It lacked supporters in the business: the less tech-savvy and the decision makers.
And that was where the biggest issue for this technical superior product was: the techies couldn’t ‘sell’ the product to decision makers as they thought it was superior: this product will 'obviously' sell itself.

And it did... only it ‘sold’ it self to other tech companies who saw the potential and ‘copied’ the good parts into their own products. It started with Novell Netware (a MS-Dos based network OS) who sold it as Novell Directory Services and soon to follow was Microsoft who 'bought' the architect behind StreetTalk and adapted StreetTalk as what is currently known as Active Directory Services.

What Novell and Microsoft were able to do was sell their products based on a ‘promise’ to the business: far inferior products where being sold more and more, and all the time Banyan Vines was still working on perfecting their already perfect product. Losing ground rapidly.

By the late 1990s, VINES' once-touted StreetTalk Services' non-flat, non-domain model with its built-in messaging, efficiency and onetime performance edge had lost ground to newer technology. Banyan was unable to market its product far beyond its initial base of multi-national and government entities.

Now re-read the above text and replace Banyan Vines with Joomla!...

As a website and extension developer I clearly feel the urgency. A big part of my business relies on Joomla, so when Joomla! is on the demise that poses a direct threat to me and my business.

But the problem with a sense of urgency is, it will have people also start looking around for solutions that will also mitigate the risk: people start looking around and in the case of Joomla! start looking at other products. Some abandon ship completely and go for the greener pastures, some will adapt their service offerings to handle multiple CMS'es (Akeeba, Acyba, etc.)

Resulting in… You can fill in the dots yourself.

If you want to build a ship, don’t drum up the men to gather wood, divide the work and give orders. Instead, teach them to yearn for the vast and endless sea. - Antoine de Saint - Exupery

What is your vision for Joomla?

So while ‘Leadership’ is busy with dividing the work, giving orders, elections, the 'plush of the seats' and the politics involved, it comes down to you and me: the developers and the end-users.

Feel free to share your vision with me (us) as a comment below and help create that sense of longing and make Joomla! great again.

The only thing worse then being blind is having sight but no vision. - Helen Keller

With a solid background in ICT (operational, tactical and strategic) and years of experience in the community life, I see in communities and community thinking the future for companies.

This future requires another way of thinking and doing; both for executives and employees. It's not about me; it's about you. Your well-being and your (personal) growth.

'What comes around - goes around'

In the world of communities, the old 'management laws' no longer work and are even counterproductive.

I coach leaders and organizations in their quest for how new and servant leadership can contribute to communities and community thinking, and as a result to the growth of the organization.

I do this from the following initiatives:

Posts in discussion: What is missing in Joomla! 4 to make it a success
Reply Topic

Thanks for writing this article, it represents an opinion of many community users and we should talk about it loud.
For me I see no reason to migrate sites to J4 when it will be available.

Just have a look at these discussions:
github.com/joomla-projects/j4adminui/iss...suecomment-581162705
github.com/joomla/joomla-cms/issues/27758#issue-558535090
I am just shocked how the official OSM representatives are boorish and aggressive.

What is the problem?
OSM focus on WCAG standards and have been developing a new backend template which looks just ugly and have huge problems with usability.
Kawshar & co (joomShaper) offered a new back-end template which looks really nice and a lot of people want it. That template (Khonsu) was added to the official Joomla Github repository, but soon the template was denied by someone from OSM since the template does not meet WCAG standards. The A11Y is important, however, Kawshar was ready to comply accessibility standards, but asked more information / instructions, but it took no effect. I do not know does JoomShaper still work on Khonsu or focused their time on another projects.

The current Atum backend template... to say the truth, is not usable and looks like greeting from the past. The authors say A11Y is the law and Joomla must comply to these standards by default, but! I am sure the template must be user friendly to ALL users. By default, it should be designed to be user friendly to the most of the people and have special mode for people with disabilities to be enabled when needed. But I do not want to use the interface for people with disabilities by default since it is just not comfortable. It is like to wear glasses for a person who have no problem with vision. When users attempted to share such opinion, authors and responsible persons started to be very aggressive in comments which means no dialogue.
I am just under high impression after reading that discussion.
Such behavior leads the community to get melting.

If Joomla want positive changes, I would suggest the following changes:
- People that representing the project must be more polite and read what tact is.
- Joomla needs commercial breath. An ecosystem is required to stimulate extension and template developers to create more products which is blood of the project.
- Stop investing in events / travels and diversify funds on building a new ecosystem.
- Less bureaucracy.

I hope such steps will make Joomla better.

Ruud van Lent replied the topic: #1099 1 year 10 months ago
Hi Eugene,
thanks for taking your time to respond.
Valid points and agree that Joomla 4 doesn't offer added value in the form of 'finaly-that-is-what-i-always-wanted' features for end-users. Even worse, I fear that it will cost us (the Joomla community) dearly because (and this is my personal opinion) of the investment needed by end-users to upgrade from version 3.

You talk about big changes that are needed, can you elaborate on what these changes might be (from your perspective)?

Eugene Sivokon replied the topic: #1098 1 year 10 months ago
A good article which shows expectations of a real business instead of religious madness like 'we are all together' - such mantras does not working anymore while the business needs fresh solutions and the new conception.
Technically, Joomla 4 gives no extra special features in comparison to Joomla 3, there is no plan to support 3rd party developers and establish marketplace or/and business solutions.
Joomla is good as a stable and secure CMS, however, the background is catastrophic:
- non-transparent budget
- users' feedbacks gives low effect
- political debates (a violation of Joomla principle to be neutral)
- too high bureaucracy
- some persons that represents the project have a 'rock star' behavior
and etc.

As the result, the community has been melting every year and it is time for big changes to save the CMS.
Read More...

INFO: You are posting the message as a 'Guest'

Also interesting for you...

What is missing in Joomla! 4 to make it a success

The biggest challenge for a bright future of Joomla!